If you haven’t completed an application for the Paycheck Protection Program (PPP) loan yet, you have one month left! August 8 is the new, extended deadline to file, thanks to President Trump who recently extended the deadline for small businesses in need.

So far, there are over 5,000 banks and other lenders participating in the PPP loan program. Combined, they have approved approximately 4.9 million loans to businesses in the U.S.  All told, over $521 billion has been borrowed, according to the US Small Business Administration. 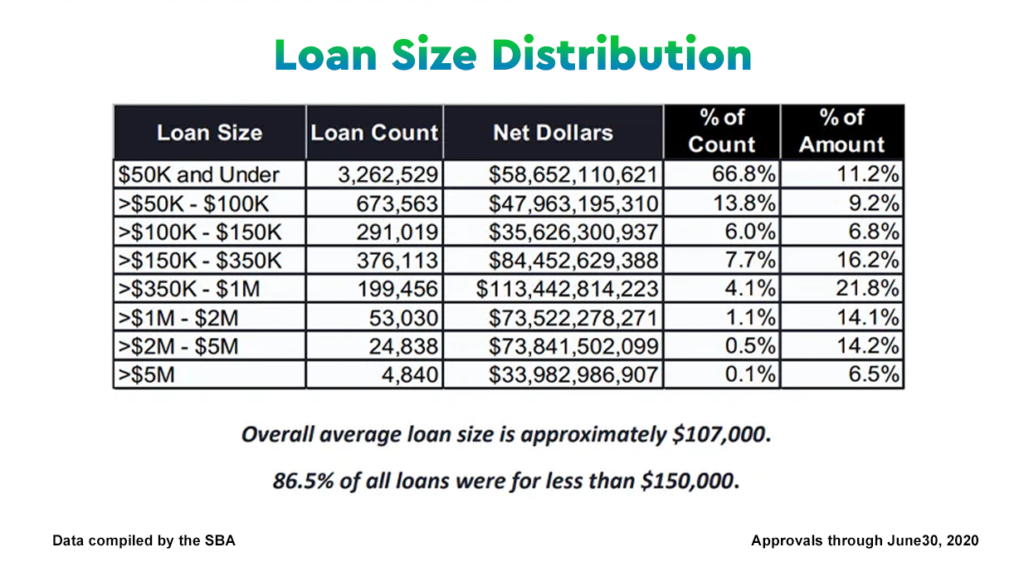 According to the SBA, and based on amounts borrowed, health care and social assistance companies have received the most in PPP loans.

Here are the top 10 industry sectors based on PPP loan amounts:

9. Administrative and support and waste management and remediation services ($26.4 billion)

States Borrowing the Most:

Businesses in the state of California have received the most PPP loan funding. In total, the golden state has received $68.2 billion so far. While Texas, comes in as the second-highest state, borrowing $41.1 billion. New York comes in at third, borrowing $38.3 billion.

As we’ve mentioned in previous posts, PPP funds received, can be forgiven if small businesses spend it within a certain time frame and on limited business expenses – primarily payroll. To learn all about the details of the PPP program or if you’re considering applying for a loan before the August 8th deadline,  click here.