Twitter, the 280-character social media platform, possesses incredible power. A 7-year-old girl in Aleppo used the platform to document living through the Syrian Civil War; she now has written a book based on those Tweets. Stars such as Katy Perry and Rihanna further expand their celebrity and connect with fans on Twitter. And no matter your position on President Donald Trump, there is no doubt his Tweets drive the news cycle and world events on a regular basis.

But Twitter is powerful in another way — it could help get you fired.

Many major employers have social media policies that address activity on both personal and professional accounts. Most take a broad view and counsel basic decency — be respectful, protect proprietary company information and when in doubt, don’t post.

Yet the news is full of stories about people such as nurses, professors, and journalists who have lost their jobs following even one controversial Tweet that violates those common-sense tenets. In each of the cases cited here, the offending Tweets were not on official, corporate accounts but on the users’ personal accounts.

However, the validity of corporate social media policies continues to evolve. Costco lost a 2012 hearing before the National Labor Relations Board, which found that its broad social media policy could be interpreted as prohibiting protected activity, such as organizing an on-the-job protest. In a Forbes Magazine op-ed piece, a writer stated:

In fact — without pointedly using the terms social media, Facebook or Twitter — the NLRB essentially called into question any policy by a company that states employees can be disciplined or fired for posting comments online that may damage the company.

Defining just what “damages the company” is at the heart of this matter. If a person reveals a trade secret via social media, for example, that could be grounds for dismissal based on a company’s ethics policy, separate from the social media policy. A Tweet with sentiments deemed by many as racist or insensitive could be seen as damaging, but that’s open to interpretation. Finally, complaints about the company’s working conditions could well fall under the umbrella of protected speech as cited by the NLRB, even if the company sees them as damaging.

Remember, however, that most states, including Illinois, are at-will employment states. Employers can terminate at any time, for any reason or no reason at all. Inflammatory social media statements could make the decision easy for an employer, but they aren’t necessary for an employer to act. If you think your social media presence might draw the unwanted attention of your employer, talk with the Wood Law Office to better understand your rights and obligations. 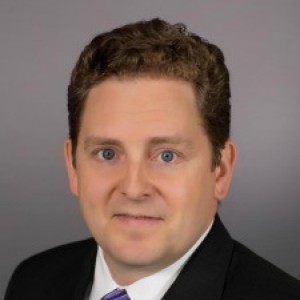